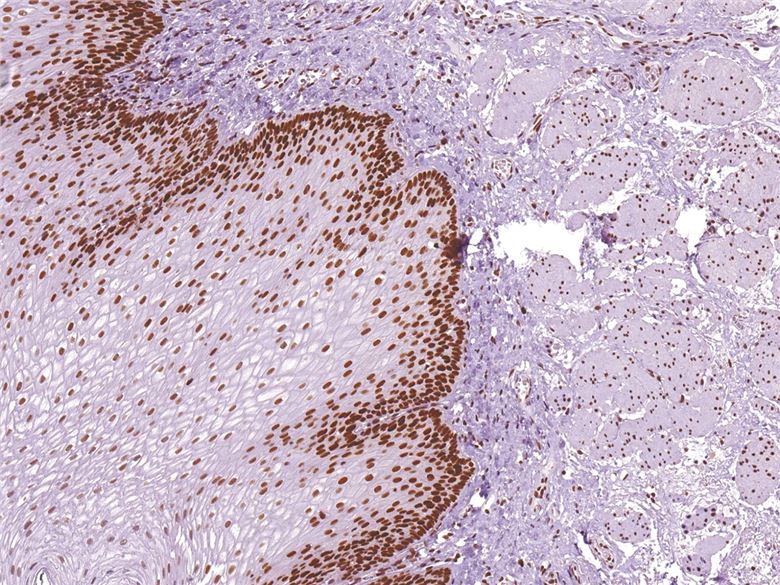 Have you cited CABT-L2842 in a publication? Let us know and earn a reward for your research.

Half of the high-risk colorectal cancer families that fulfill the clinical criteria for Lynch syndrome lack germline mutations in the mismatch repair (MMR) genes and remain unexplained. Genetic testing for hereditary cancers is rapidly evolving due to the introduction of multigene panels, which may identify more mutations than the old screening methods. The aim of this study is the use of a Next Generation Sequencing panel in order to find the genes involved in the cancer predisposition of these families. For this study, 98 patients from these unexplained families were tested with a multigene panel targeting 94 genes involved in cancer predisposition. The mutations found were validated by Sanger sequencing and the segregation was studied when possible. We identified 19 likely pathogenic variants in 18 patients. Out of these, 8 were found in MMR genes (5 in MLH1, 1 in MSH6 and 2 in PMS2). In addition, 11 mutations were detected in other genes, including high penetrance genes (APC, SMAD4 and TP53) and moderate penetrance genes (BRIP1, CHEK2, MUTYH, HNF1A and XPC). Mutations c.1194G>A in SMAD4, c.714_720dup in PMS2, c.2050T>G in MLH1 and c.1635_1636de1 in MSH6 were novel. In conclusion, the detection of new pathogenic mutations in high and moderate penetrance genes could contribute to the explanation of the heritability of colorectal cancer, changing the individual clinical management. Multigene panel testing is a more effective method to identify germline variants in cancer patients compared to single-gene approaches and should be therefore included in clinical laboratories.

The diagnostics of Lynch syndrome (LS) is focused on the detection of DNA mismatch repair (MMR) system deficiency. MMR deficiency can be detected on tumor tissue by microsatellite instability (MSI) using molecular genetic test or by loss of expression of one of the four proteins (MLH1, MSH2, MSH6, and PMS2) involved in the MMR system using immunohistochemistry (IHC) staining. According to the National Comprehensive Cancer Network (NCCN) guidelines, definitive diagnosis of LS requires the identification of the germline pathogenic variant in one of the MMR genes. In the report, we are presenting interesting novel MLH1 in-frame deletion LRG_216t1:c.2236_2247delCTGCCTGATCTA p.(Leu746_Leu749del) associated with LS. The variant appears to be associated with uncommon isolated loss of PMS2 immunohistochemistry protein staining (expression) in tumor tissue instead of MLH1 and PMS2 protein loss, which is commonly seen with pathogenic variants in MLH1. The variant was classified as likely pathogenic, based on segregation analysis and molecular characterization of blood and tumor samples. According to the American College of Medical Genetics (ACMG) guidelines, the following evidence categories of PM1, PM2, PM4, and PP1 moderate have been used for classification of the novel variant. By detecting and classifying the novel MLH1 variant as likely pathogenic, we confirmed the LS in this family.