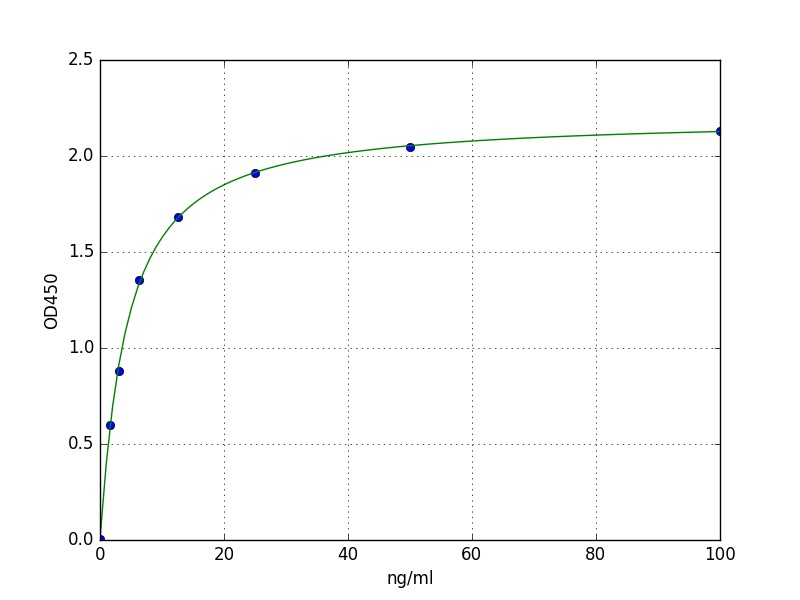 Have you cited DEIA-FN796 in a publication? Let us know and earn a reward for your research.

The three isozymes of lactate dehydrogenase, each encoded by a separate gene, are developmentally regulated and differentially expressed in tissue-specific patterns. The lactate dehydrogenase-C (LDHC, mouse Ldh3) gene is temporally expressed exclusively in the germ line during spermatogenesis, whereas lactate dehydrogenase-A (LDHA, mouse Ldh1) and B (LDHB, mouse Ldh2) genes are active in somatic tissues. To determine, therefore, whether overexpression of Ldh1 would perturb spermatogenesis, we constructed a transgene in which a sequence from the promoter region of human LDHC was coupled with mouse Ldh1 cDNA. Among nine (three males, six females) founder lines that were identified as being transgenic for the construct, one male transmitted the gene through its germ line. Homo- and heterotetramers containing the LDH-A subunit were detected in homogenates of testes from transgenic animals. We conclude that the human LDHC promoter contains the necessary regulatory sequence(s) for specific expression of mouse Ldh1 as a transgene during spermatogenesis. The fertility of the founder animal was not impaired. J. Exp. Zool. 282:171-178, 1998. (C) 1998 Wiley-Liss, Inc.

Calpastatin is a naturally occurring inhibitor of calpain, a protease involved in apoptotic cell death. A testis-specific isoform of calpastatin (tCAST) has been identified that is transcribed in haploid germ cells but not in spermatocytes. To investigate the possible function(s) of tCAST, we tested the hypothesis that the ectopic expression of calpastatin in spermatocytes would suppress the death of these cells in response to an apoptosis-inducing stimulus in vivo. To this end, the 5'-flanking region of the mouse Idhc gene was linked to tCAST, and transgenic mice were generated. Immunohistochemical analysis revealed that, in contrast to control sections in which the signal for tCAST was seen in round spermatids, intense staining was visualized in pachytene spermatocytes in the transgenic animals, indicating that the strategy we used to generate the transgenic animals resulted in the ectopic expression of tCAST in spermatocytes. We then tested the effect of a short period of heating on germ cell apoptosis in the testes of wild-type and transgenic mice. Pachytene spermatocytes were the major germ cell type seen to undergo apoptosis after heat treatment. There were no differences in the number of apoptotic germ cells per seminiferous tubule between wild-type and tCAST transgenic control mice; thus, there was no apparent effect of the transgene on normal apoptosis. Heating resulted in increased numbers of TUNEL-positive germ cells in both wild-type and tCAST transgenic mice, as well as increased testicular DNA fragmentation. Heating the tCAST transgenic mouse testes resulted in significantly fewer apoptotic cells per seminiferous tubule than in wild-type mice at both 8 and 24 hours after treatment. Thus, as hypothesized, the ectopic expression of tCAST in pachytene spermatocytes suppressed germ cell apoptosis.