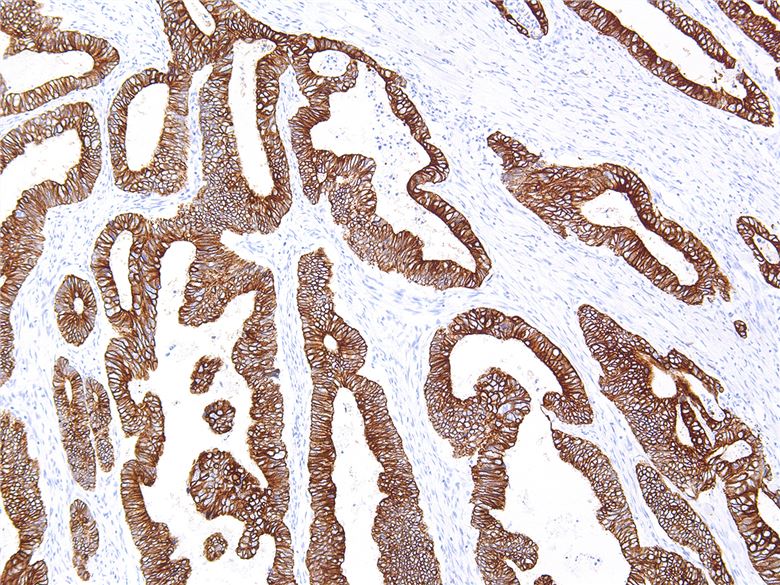 Have you cited CABT-L2991 in a publication? Let us know and earn a reward for your research.

Cell-based therapies for regeneration of intervertebral discs are regarded to hold promise for degenerative disc disease treatment, a condition that is strongly linked to lower back pain. A de novo self-assembling peptide hydrogel (SAPH), chosen for its biocompatibility, tailorable properties and nanofibrous architecture, was investigated as a cell carrier and scaffold for nucleus pulposus (NP) tissue engineering. Oscillatory rheology determined that the system would likely be deliverable via minimally invasive procedure and mechanical properties could be optimised to match the stiffness of the native human NP. After three-dimensional culture of NP cells (NPCs) in the SAPH, upregulation of NP-specific genes (KRT8, KRT18, FOXF1) confirmed that the system could restore the NP phenotype following dedifferentiation during monolayer culture. Cell viability was high throughout culture whilst, similarly to NPCs in vivo, the viable cell population remained stable. Finally, the SAPH stimulated time-dependent increases in aggrecan and type II collagen deposition, two important NP extracellular matrix components. Results supported the hypothesis that the SAPH could be used as a cell delivery system and scaffold for the treatment of degenerative disc disease. Statement of Significance Lower back pain (LBP) prevalence is widespread due to an aging population and the limited efficacy of current treatments. As LBP is strongly associated with intervertebral disc (IVD) degeneration, it is thought that cell-based therapies could alleviate LBP by repairing IVD tissue. Various natural and synthetic biomaterials have been investigated as potential IVD tissue engineering scaffolds. Self-assembling peptide hydrogels (SAPHs) combine advantages of both natural and synthetic biomaterials; for example they are biocompatible and have easily modifiable properties. The present study demonstrated that a de novo SAPH had comparable strength to the native tissue, was injectable, restored the IVD cell phenotype and stimulated deposition of appropriate matrix components. Results illustrated the promise of SAPHs as scaffolds for IVD tissue engineering. Crown Copyright (C) 2016 Published by Elsevier Ltd on behalf of Acta Materialia Inc.

Defects in protein-folding and -degradation machinery have been identified as a major cause of intracellular protein aggregation and of aggregation-associated diseases. In general, it remains unclear how these aggregates are harmful to normal cellular function. We demonstrate here that, in the developing placenta of the mouse, the absence of the Mrj (Dnajb6) co-chaperone prevents proteasome degradation of keratin 18 (K18; Krt18) intermediate filaments, resulting in the formation of keratin inclusion bodies. These inclusions in chorionic trophoblast cells prevent chorioallantoic attachment during placental development. We show further that keratin-deficient embryos undergo chorioallantoic attachment and that, by genetically reducing keratin expression in Mrj(+) conceptuses, chorioallantoic attachment was rescued. Therefore, the chorioallantoic attachment phenotype in Mrj mutants is not due to a deficiency of the normal keratin cytoskeleton, but rather is cytotoxicity caused by keratin aggregates that disrupt chorion trophoblast cell organization and function.