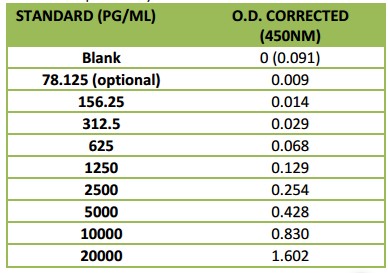 Have you cited DEIA-XY2241 in a publication? Let us know and earn a reward for your research.

Artemisia arborescens is an aromatic shrub whose essential oils are considered a potential source of molecules with industrial and pharmaceutical interest. The chemical profile ofA. arborescens essential oils (EOs) was shown to be quite variable and various chemotypes have been identified. In this study, we compared the EOs composition of A. arborescens leaves and flowers collected from four different locations in Sicily. The EOs were assayed for their antiproliferative activity against A375 human malignant melanoma cells, also testing cell viability and cell membrane integrity. The evaluation of DNA fragmentation and caspase-3 activity assay was employed for the detection of apoptosis. The expression of Bcl-2, Bax, cleaved caspase-9, PTEN (Phosphatase and tensin homolog), Hsp70 (Heat Shock Protein 70 kilodaltons) and SOD (superoxide dismutase) proteins was evaluated by Western blot analysis. The levels of ROS and GSH were also analyzed. Results show that EOs presented significant differences in their composition, yield, and cytotoxic activity depending on the collection site. The chamazulene/camphor-rich EOs from plants collected in Acqua Calda (Lipari) resulted particularly active on melanoma cancer cells (IC50 values of 6.7 and 4.5 mu g/mL), being able to trigger apoptotic death probably interfering with endogenous defense mechanisms. These oils may be considered as a natural resource of chamazulene, containing this compound up to 63%.

Molecular chaperones often work collaboratively with the ubiquitylation-proteasome system (UPS) to facilitate the degradation of misfolded proteins, which typically safeguards cellular differentiation and protects cells from stress. In this study, however, we report that the Hsp70/Hsp90 chaperone machinery and an F-box protein, MEC-15, have opposing effects on neuronal differentiation, and that the chaperones negatively regulate neuronal morphogenesis and functions. Using the touch receptor neurons (TRNs) of Caenothabditis elegans, we find that mec-15(-) mutants display defects in microtubule formation, neurite growth, synaptic development and neuronal functions, and that these defects can be rescued by the loss of Hsp70/Hsp90 chaperones and co-chaperones. MEC-15 probably functions in a Skp-, Cullin- and F-box-containing complex to degrade DLK-1, which is an Hsp90 client protein stabilized by the chaperones. The abundance of DLK-1, and likely other Hsp90 substrates, is fine-tuned by the antagonism between MEC-15 and the chaperones; this antagonism regulates TRN development, as well as synaptic functions of GABAergic motor neurons. Therefore, a balance between the UPS and the chaperones tightly controls neuronal differentiation.