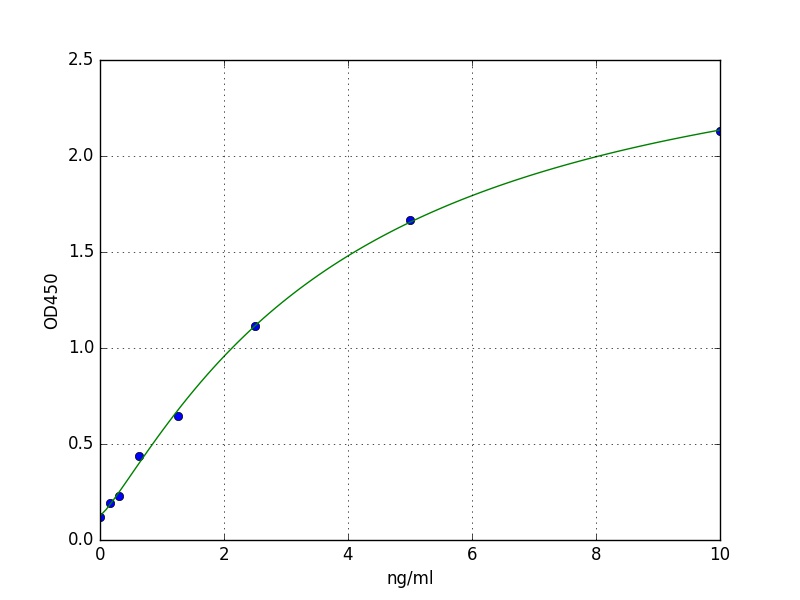 Have you cited DEIA-FN118 in a publication? Let us know and earn a reward for your research.

Plasma levels of valproic acid (VPA) are decreased by concomitant use with carbapenem antibiotics, such as panipenem ( PAPM). One of the plausible mechanisms of this interaction is the inhibition of VPA glucuronide (VPA-G) hydrolysis by carbapenems in the liver. To elucidate this interaction mechanism, we purified VPA-G hydrolase from human liver cytosol, in which the hydrolytic activity was mainly located. After chromatographic purification, the VPA-G hydrolase was identified as acylpeptide hydrolase (APEH). APEH-depleted cytosol, prepared by an immunodepletion method, completely lacked the hydrolytic activity. These results demonstrate that APEH is a single enzyme involved in PAPM-sensitive VPA-G hydrolysis in cytosol. In addition, the hydrolytic activity of recombinant human APEH was inhibited by PAPM and the inhibition profile by typical esterase inhibitors ( diisopropyl fluorophosphate, 5,5'-dithiobis(2-nitrobenzoic acid), p-chloromercuribenzoic acid, and D-saccharic acid 1,4-lactone) was similar to that of human liver cytosol. Cytosolic VPA-G hydrolase activity was slightly inhibited by cholinesterase and carboxylesterase inhibitors. beta-Glucuronidase activity remained in APEH-depleted cytosol, whereas VPA-G hydrolase activity was completely abolished. Thus, either cholinesterase, carboxylesterase, or beta-glucuronidase in cytosol would not be involved in VPA-G hydrolysis. Taken together, APEH plays a major role in the PAPM-sensitive VPA-G hydrolysis in the liver. These findings suggest that APEH could be a key enzyme for the drug interaction of VPA with carbapenems via VPA-G hydrolysis.

Objective Altered microbiota composition, changes in immune responses and impaired intestinal barrier functions are observed in IBD. Most of these features are controlled by proteases and their inhibitors to maintain gut homeostasis. Unrestrained or excessive proteolysis can lead to pathological gastrointestinal conditions. The aim was to validate the identified protease IBD candidates from a previously performed systematic review through a genetic association study and functional follow-up. Design We performed a genetic association study in a large multicentre cohort of patients with Crohn's disease (CD) and UC from five European IBD referral centres in a total of 2320 CD patients, 2112 UC patients and 1796 healthy controls. Subsequently, we did an extensive functional assessment of the candidate genes to explore their causality in IBD pathogenesis. Results Ten single nucleotide polymorphisms (SNPs) in four genes were significantly associated with CD: CYLD, USP40, APEH and USP3. CYLD was the most significant gene with the intronically located rs12324931 the strongest associated SNP (p(FDR)=1.74e-17, OR=2.24 (1.83 to 2.74)). Five SNPs in four genes were significantly associated with UC: USP40, APEH, DAG1 and USP3. CYLD, as well as some of the other associated genes, is part of the ubiquitin proteasome system (UPS). We therefore determined if the IBD-associated adherent-invasive Escherichia coli (AIEC) can modulate the UPS functioning. Infection of intestinal epithelial cells with the AIEC LF82 reference strain modulated the UPS turnover by reducing poly-ubiquitin conjugate accumulation, increasing 26S proteasome activities and decreasing protein levels of the NF-kappa B regulator CYLD. This resulted in I kappa B-alpha degradation and NF-kappa B activation. This activity was very important for the pathogenicity of AIEC since decreased CYLD resulted in increased ability of AIEC LF82 to replicate intracellularly. Conclusions Our results reveal the UPS, and CYLD specifically, as an important contributor to IBD pathogenesis, which is favoured by both genetic and microbial factors.