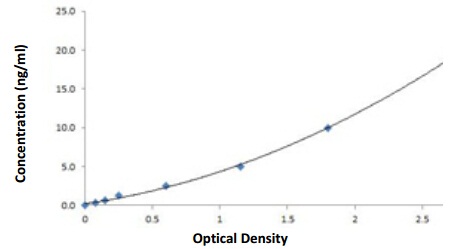 Have you cited DEIABL15 in a publication? Let us know and earn a reward for your research.

Purpose For the target treatment and prevention of women's increased thyroid cancer, we focused on risks of environmental exposure to endocrine disrupting chemicals, particularly bisphenol A (BPA), and its high susceptible exposure-timing, particularly early exposure in lives. Materials and Methods Female ICR mice were exposed to BPA in utero and in early life (15, 75, and 300 mg/L of drinking water via pregnant mice and lactation). We identified BPA-responsive proteins in mice thyroid by two-dimensional gel electrophoresis, image analyses, and electrospray ionization quadrupole time-of-flight mass spectrometry. We further analyzed expression of the BPA-responsive proteins in women thyroid cancer patients (n=28). Results We found the altered 17 proteins in BPA dose-dependent manner among the thyroid tissues of offspring mice and identified nine proteins of them, including Anxa6, Atp5b, Hspa5, and Vcp, etc. In addition, we observed the positive association between blood BPA levels and mRNA expression of the ANXA6 and VCP not in normal but thyroid cancer tissues. Conclusion Our study provides ANXA6 and VCP as proteomic biomarkers for BPA-early life exposure and their potential for women's thyroid cancer.

Genetic and immunohistochemical analysis of HSPA5 in mouse and human retinas

Purpose: Photoreceptor degenerative diseases are among the leading causes of vision loss. Although the causative genetic mutations are often known, mechanisms leading to photoreceptor degeneration remain poorly defined. We have previously demonstrated that the photoreceptor membrane-associated protein XAP-1 antigen is a product of the HSPA5 gene. In this study, we used systems genetic methods, statistical modeling, and immunostaining to identify and analyze candidate genes that modulate Hspa5 expression in the retina. Methods: Quantitative trait locus (QTL) mapping was used to map the genomic region that regulates Hspa5 in the cross between C57BL/6J X DBA/2J mice (BXD) genetic reference panel. The stepwise refinement of candidate genes was based on expression QTL mapping, gene expression correlation analyses (direct and partial), and analysis of regional sequence variants. The subcellular localization of candidate proteins and HSPA5 in mouse and human retinas was evaluated by immunohistochemistry. Differences in the localization of extracellular HSPA5 were assessed between healthy human donor and atrophic age-related macular degeneration (AMD) donor eyes. Results: In the eyes of healthy mice, extracellular HSPA5 was confined to the area around the cone photoreceptor outer segments. Mapping variation in Hspa5 mRNA expression levels in the retina revealed a statistically significant trans-acting expression QTL (eQTL) on Chromosome 2 (Chr 2) and a suggestive locus on Chr 15. Sulf2 on Chr 2 was the strongest candidate gene based on partial correlation analysis, Pearson correlation with Hspa5, expression levels in the retina, a missense variant in exon 14, and its reported function in the extracellular matrix and interphotoreceptor matrix. SULF2 is localized to the rod and cone photoreceptors in both human and mouse retinas. In human retinas with no pathology, extracellular HSPA5 was localized around many cones within the macular area. In contrast, fewer HSPA5-immunopositive cones were observed in the retinas from AMD donors. Conclusions: We identified Sulf2 as a candidate gene modulating the Hspa5 expression in the retina. The preferential loss of HSPA5 in the interphotoreceptor matrix around cone photoreceptors in atrophic AMD retinas opens up new avenues for exploring the changes in interphotoreceptor matrix (IPM) that are associated with macular disease.