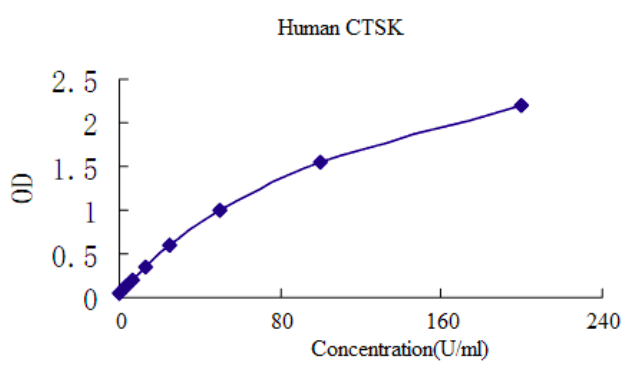 Have you cited DEIABL63 in a publication? Let us know and earn a reward for your research.

Osteoclasts are multinuclear giant cells responsible for bone resorption in bone loss diseases, including rheumatoid arthritis, periodontitis, and the aseptic loosening of orthopedic implants. Because of injurious side effects with currently available drugs, it is necessary to continue research novel bone-protective therapies. Daidzin, a naturally occurring isoflavone found in leguminous plants, has numerous beneficial pharmacologic effects, including anti-cancer, anti-cholesterol, and anti-angiocardiopathy, promoting osteoblasts differentiation, and even anti-osteoporosis. However, the effect of daidzin on the regulation of osteoclast activity has not yet been investigated. In this study, our study showed that daidzin significantly inhibited receptor activator of nuclear factor-kB ligand (RANKL)-induced osteoclast differentiation of bone marrow macrophages and the hydroxyapatite-resorbing activity of mature osteoclasts by inhibiting RANKL-induced NF-kB signaling pathway. In addition, daidzin could inhibit the expression of osteoclast marker genes, including nuclear factor of activated T cells cytoplasmic 1 (NFATc1), cellular oncogene fos (c-Fos), tartrate-resistant acid phosphatase (TRAP), and cathepsin K (CTSK). Consistent with in vitro results, daidzin inhibited lipopolysaccharide-induced bone loss by suppressing the osteoclast differentiation. Together our data demonstrated that daidzin inhibits RANKL-induced osteoclastogenesis through suppressing NF-kappa B signaling pathway and that daidzin is a promising agent in the treatment of osteolytic diseases.

Natural uranium impairs the differentiation and the resorbing function of osteoclasts

Background: Uranium is a naturally occurring radionuclide ubiquitously present in the environment. The skeleton is the main site of uranium long-term accumulation. While it has been shown that natural uranium is able to perturb bone metabolism through its chemical toxicity, its impact on bone resorption by osteoclasts has been poorly explored. Here, we examined for the first time in vitro effects of natural uranium on osteoclasts. Methods: The effects of uranium on the RAW 264.7 monocyte/macrophage mouse cell line and primary murine osteoclastic cells were characterized by biochemical, molecular and functional analyses. Results: We observed a cytotoxicity effect of uranium on osteoclast precursors. Uranium concentrations in the mu M range are able to inhibit osteoclast formation, mature osteoclast survival and mineral resorption but don't affect the expression of the osteoclast gene markers Nfatc1, Dc-stamp, Ctsk, Acp5, Atp6v0a3 or Atp6v0d2 in RAW 274.7 cells. Instead, we observed that uranium induces a dose-dependent accumulation of SQSTMl/p62 during osteoclastogenesis. Conclusions: We show here that uranium impairs osteoclast formation and function in vitro. The decrease in available precursor cells, as well as the reduced viability of mature osteoclasts appears to account for these effects of uranium. The SQSTMl/p62 level increase observed in response to uranium exposure is of particular interest since this protein is a known regulator of osteoclast formation. A tempting hypothesis discussed herein is that SQSTMl/p62 dysregulation contributes to uranium effects on osteoclastogenesis. General significance: We describe cellular and molecular effects of uranium that potentially affect bone homeostasis. (C) 2017 Elsevier B.V. All rights reserved.