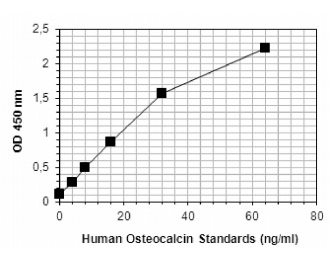 Have you cited DEIA-XY10 in a publication? Let us know and earn a reward for your research.

JOURNAL OF BONE AND MINERAL RESEARCH

The role of the progesterone receptor (PR) in the regulation of sexual dimorphism in bone has yet to be determined. Here we utilized genetic fate mapping and Western blotting to demonstrate age-dependent PR expression in the mouse femoral metaphysis and diaphysis. To define sex-dependent and osteoblast stage-specific effects of PR on bone acquisition, we selectively deleted PR at different stages of osteoblast differentiation. We found that when Prx1-Cre mice were crossed with PR floxed mice to generate a mesenchymal stem cell (MSC) conditional KO model (Prx1; PRcKO), the mutant mice developed greater trabecular bone volume with higher mineral apposition rate and bone formation. This may be explained by increased number of MSCs and greater osteogenic potential, particularly in males. Age-related trabecular bone loss was similar between the Prx1; PRcKO mice and their WT littermates in both sexes. Hormone deficiency during the period of rapid bone growth induced rapid trabecular bone loss in both the WT and the Prx1; PRcKO mice in both sexes. No differences in trabecular bone mass was observed when PR was deleted in mature osteoblasts using osteocalcin-Cre (Bglap-Cre). Also, there were no differences in cortical bone mass in all three PRcKO mice. In conclusion, PR inactivation in early osteoprogenitor cells but not in mature osteoblasts influenced trabecular bone accrual in a sex-dependent manner. PR deletion in osteoblast lineage cells did not affect cortical bone mass. (C) 2017 American Society for Bone and Mineral Research.

To identify novel susceptibility variants for osteoporosis in Korean postmenopausal women, we performed a genome-wide association analysis of 1180 nonsynonymous single nucleotide polymorphisms (nsSNPs) in 405 individuals with osteoporosis and 722 normal controls of the Korean Association Resource cohort. A logistic regression analysis revealed 72 nsSNPs that showed a significant association with osteoporosis (p<0.05). The top 10 nsSNPs showing the lowest p-values (p = 5.2x10(-4)-8.5x10(-3)) were further studied to investigate their effects at the protein level. Based on the results of an in silico prediction of the protein's functional effect based on amino acid alterations and a sequence conservation evaluation of the amino acid residues at the positions of the nsSNPs among orthologues, we selected one nsSNP in the SQRDL gene (rs1044032, SQRDL I264T) as a meaningful genetic variant associated with postmenopausal osteoporosis. To assess whether the SQRDL I264T variant played a functional role in the pathogenesis of osteoporosis, we examined the in vitro effect of the nsSNP on bone remodeling. Overexpression of the SQRDL I264T variant in the preosteoblast MC3T3-E1 cells significantly increased alkaline phosphatase activity, mineralization, and the mRNA expression of osteoblastogenesis markers, Runx2, Sp7, and Bglap genes, whereas the SQRDL wild type had no effect or a negative effect on osteoblast differentiation. Overexpression of the SQRDL I264T variant did not affect osteoclast differentiation of the primary-cultured monocytes. The known effects of hydrogen sulfide (H2S) on bone remodeling may explain the findings of the current study, which demonstrated the functional role of the H2S-catalyzing enzyme SQRDL I264T variant in osteoblast differentiation. In conclusion, the results of the statistical and experimental analyses indicate that the SQRDL I264T nsSNP may be a significant susceptibility variant for osteoporosis in Korean postmenopausal women that is involved in osteoblast differentiation.