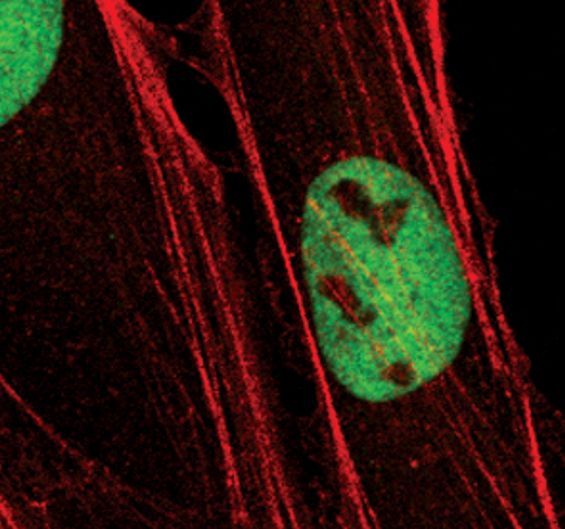 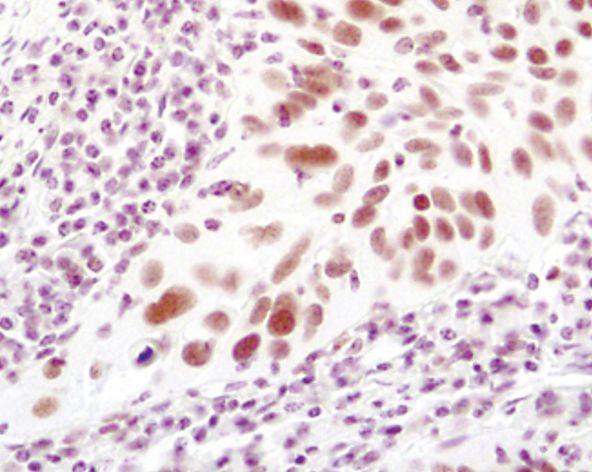 Application Notes
Recommended dilution:
ICC: 1:400
IHC-F: 1:800
IHC-P: 1:800
IP: 1:25
IF: 1:400
WB: 1:1000
*Suggested working dilutions are given as a guide only. It is recommended that the user titrates the product for use in their own experiment using appropriate negative and positive controls.

Gene summary
KDM1A (Lysine Demethylase 1A) is a Protein Coding gene. Diseases associated with KDM1A include kbg syndrome. Among its related pathways are Platelet activation, signaling and aggregation and Signaling by GPCR. GO annotations related to this gene include transcription factor activity, sequence-specific DNA binding and enzyme binding. An important paralog of this gene is KDM1B. This gene encodes a nuclear protein containing a SWIRM domain, a FAD-binding motif, and an amine oxidase domain. This protein is a component of several histone deacetylase complexes, though it silences genes by functioning as a histone demethylase. Alternative splicing results in multiple transcript variants.
Antigen Description
Histone demethylase that demethylates both Lys-4 (H3K4me) and Lys-9 (H3K9me) of histone H3, thereby acting as a coactivator or a corepressor, depending on the context. Acts by oxidizing the substrate by FAD to generate the corresponding imine that is subsequently hydrolyzed. Acts as a corepressor by mediating demethylation of H3K4me, a specific tag for epigenetic transcriptional activation. Demethylates both mono- (H3K4me1) and di-methylated (H3K4me2) H3K4me. May play a role in the repression of neuronal genes. Alone, it is unable to demethylate H3K4me on nucleosomes and requires the presence of RCOR1/CoREST to achieve such activity. Also acts as a coactivator of androgen receptor (ANDR)-dependent transcription, by being recruited to ANDR target genes and mediating demethylation of H3K9me, a specific tag for epigenetic transcriptional repression. The presence of PRKCB in ANDR-containing complexes, which mediates phosphorylation of Thr-6 of histone H3 (H3T6ph), a specific tag that prevents demethylation H3K4me, prevents H3K4me demethylase activity of KDM1A. Demethylates di-methylated Lys-370 of p53/TP53 which prevents interaction of p53/TP53 with TP53BP1 and represses p53/TP53-mediated transcriptional activation. Demethylates and stabilizes the DNA methylase DNMT1. Required for gastrulation during embryogenesis. Component of a RCOR/GFI/KDM1A/HDAC complex that suppresses, via histone deacetylase (HDAC) recruitment, a number of genes implicated in multilineage blood cell development. Effector of SNAI1-mediated transcription repression of E-cadherin/CDH1, CDN7 and KRT8. Required for the maintenance of the silenced state of the SNAI1 target genes E-cadherin/CDH1 and CDN7.

Have you cited DCABH-1724 in a publication? Let us know and earn a reward for your research.